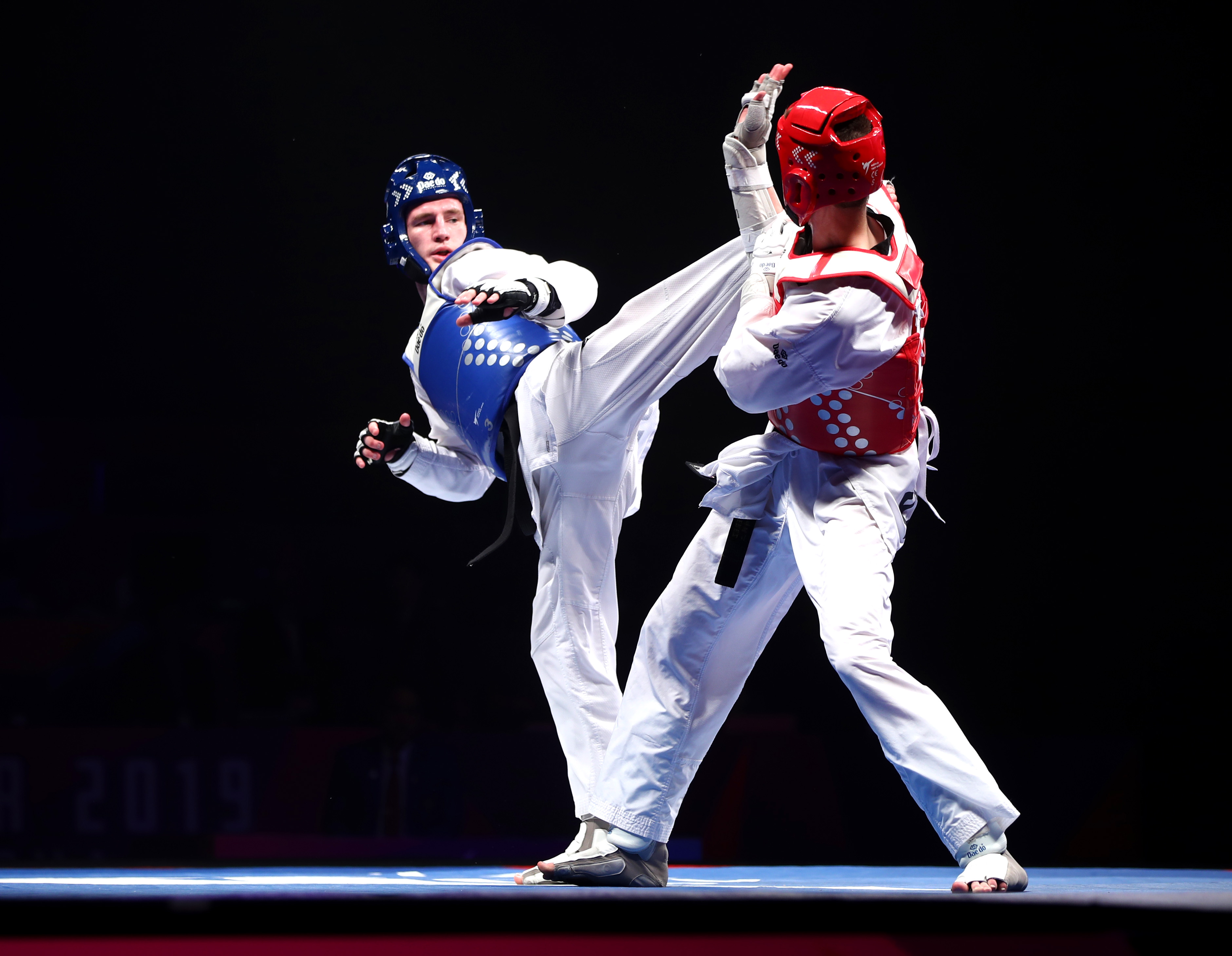 Bradly Sinden is once more preparing to re-write GB Taekwondo’s history books to round-off a memorable 2019.

But after becoming the first able-bodied British athlete to become world champion – beating Spain’s Javier Perez Polo in Manchester back in May, Sinden believes everything is possible.

With a £52,000 first prize awaiting the winner of each Olympic weight division over the next three days, there is plenty of extra incentive for the Doncaster born star and his six Manchester trained teammates.

“It has been a great year for me and I can’t wait to finish it off in the Slam,” said Sinden, runner-up to South Korean rival Lee Dae-Hoon at the recent World Grand Prix final in Moscow.

“Everytime we fight, people don’t know which way it will go on the day,” he says of his rivalry with the world number one. “I can’ wait to have other great fights with him.”

Double Olympic champion Jade Jones has won every major title with the exception of a Grand Slam accolade. The current -57kg world champion reached the final 12 months and would love to go one better this time than her final defeat to home favourite Lijun Zhou.