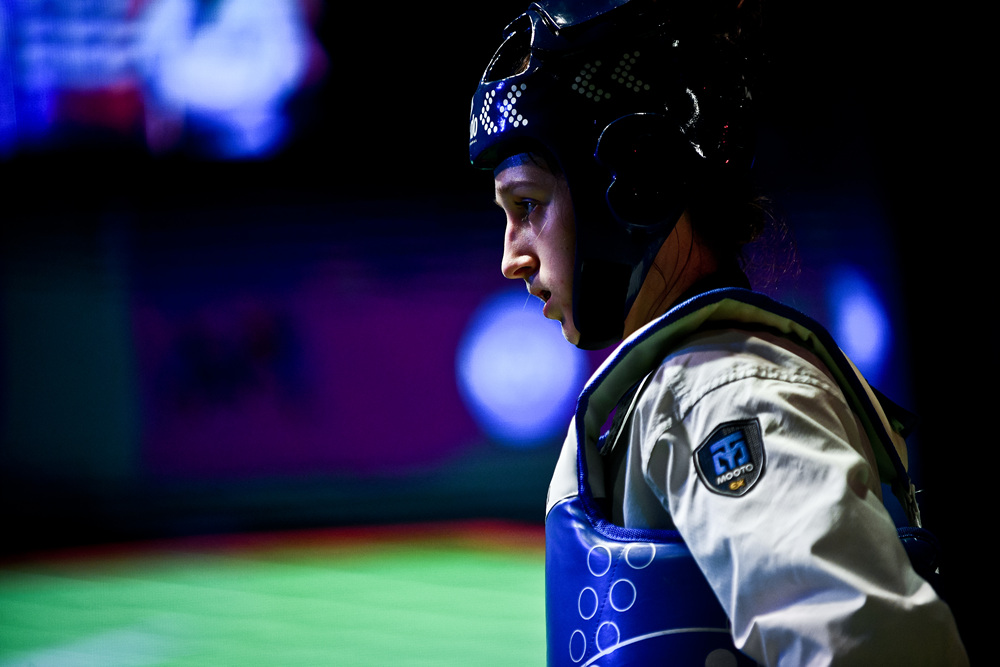 Lauren Williams is determined to make the most of a new chance to secure ranking points towards Olympic Games qualification.

The double European champion is keen to qualify the -67kg weight category for Team GB at Tokyo 2020.

And the inaugural European Taekwondo Games in Bari, Italy (November 1-3) provide an opportunity for Williams and her teammates, including double Olympic gold medallist, Jade Jones, to collect up to 40 ranking points.

“At this point of the year they are incredibly important,” said Williams, a silver medallist at last weekend’s World Grand Prix in Bulgaria. “Every point matters this close to Olympic qualification.

“I have fought twice in Italy before so I am looking to make it third time lucky and take gold.”

However, despite going into the tournament as reigning World Grand Slam Champion, the 20-year-old Welsh star is happy to play down expectation.

On key rivals, including Ivory Coast’s Ruth Gbagbi who beat her at the most recent Grand Prix, Williams says: “I still put those athletes above me.

“They have been in the top six for a long time and they have more experience than me. I don’t believe I am near them but hopefully one day I will be.”

The women’s team also includes Stockport’s Holly Kelly, a former member of GB Taekwondo’s development squad, making her first appearance in a competition at this level.

“It feels great to be selected for what is my last major of the year,” he explained.

“Hopefully, I can build on the performances I have had throughout the year,” added Calland, a recent winner of the Polish Open in Warsaw.

Preceding the two-day tournament will be the Para version of the European Games featuring Brits: Amy Truesdale, Matt Bush and Joe Lane.

“This is the final major of 2019 for me and hopefully I can produce a better performance and gain a better result than the World Championships,” said the Chester raised athlete.

“Going to the recent Paralympic Test event was good preparation, not just for hopefully next year but as good competition before the Euro Games.

“I was lucky enough to come up against two girls I had not fought before which I am sure will stand me in good stead.”

Truesdale was a World quarter-finalist in Turkey earlier this year while teammate Matt Bush from Haverfordwest won the heavyweight crown.

“Matt is in a good position so this is a very exciting and important competition for him,” added Truesdale. “It will be great to see him fight and we are right behind him.”