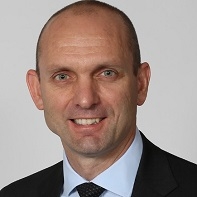 His particular expertise covers initial public offerings on AIM and the Main Market of the London Stock Exchange, public takeovers, mergers and acquisitions, disposals and corporate governance. Ian is recognised as a leading corporate lawyer in Legal 500 and one of the most highly regarded public company lawyers outside of London in Chambers.

Ian has practised martial arts since an early age holding a 5th dan black belt in Shotokan Karate.  In his competition days, Ian was a member of the English Shotokan Academy National Team and a former national karate champion.